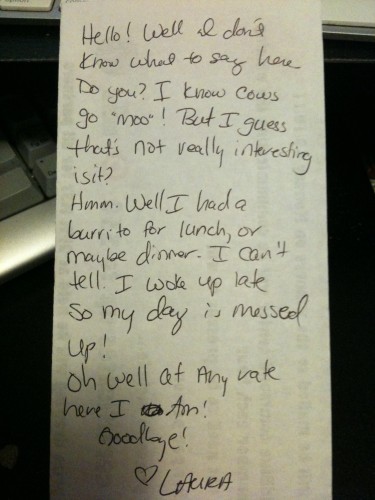 Narrow margins:  Friendly,  “no boundaries”, gets involved in anything and everything; doesn’t know when to say no; is often overextended.

Undulating baseline:  changeable moods,  up and down, intermittent bursts of energy

Pressure:  The force of the personality is average, neither heavy or light

Want a free handwriting analysis?  Reply to this comment with a link to your handwriting  sample.