The radiators going full blast, even the oven is turned on and opened up, and I am still freezing.  This would be an excellent opportunity to work on that novel about Scott’s last Antarctic expedition that I was planning, but I have to finish up some things first.  Namely, the last of the handwriting analyses.

If I somehow missed anybody who wanted an analysis, do not despair.  Just hang on to your samples because I might do handwriting analysis week again in a month or two.  Right now I am about analyzed OUT.

Here is Ster’s analysis, a quick and dirty one before I succumb to hypothermia. 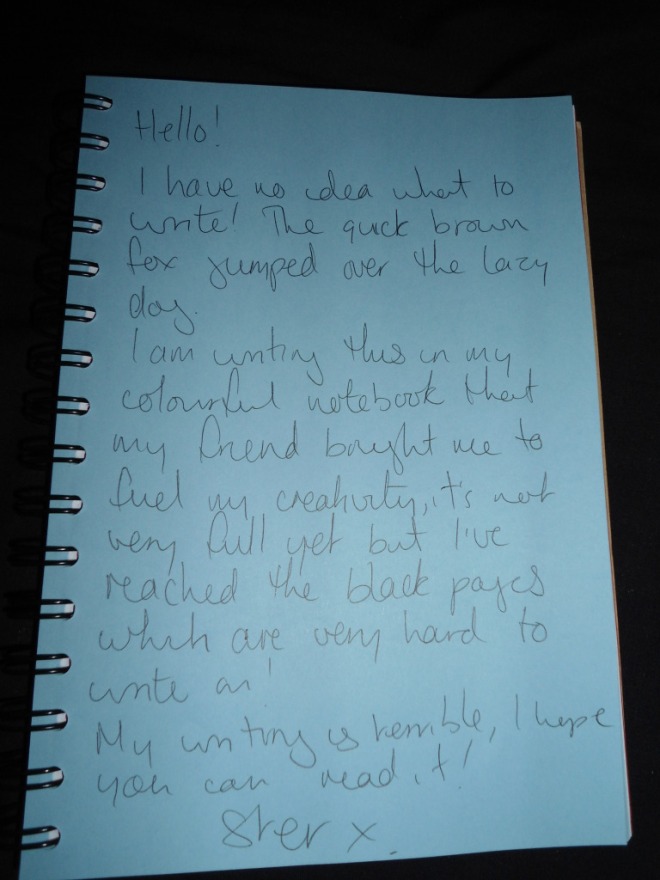 Large upper zone:  the main focus of interest is in the realm of imagination

De-emphasized lower zone:   Not much interested in the physical; non-materialistic

Both connected and unconnected letters:  A mix of rational and intuitive thinking styles, mostly intuitive

Now I’m frozen up to my knees so I must really stop here.  I hope you’ve gotten something out of this, Ster!