This is a old childhood picture of someone who used to be my friend.  This cute little boy, smiling so brightly, surely deserved to be happy and loved.

But W. was viciously bullied.  He wasn’t athletic and the other kids constantly made fun of him.  Home wasn’t much of a comfort either, because his mother would punish him for trivial things by sending him to his room.  He spent much of his childhood immersed in comic books.

He grew up believing that people in general were just cruel to one another.  This cruelty affected him to his core: inwardly he aligned himself with the bullies and learned to take pleasure in other people’s suffering, and call it humor.  But you wouldn’t see it if you know him only casually, because on the surface he can be very kind, generous with gifts and time.  You might think he has a dark, twisted sense of humor, but you’d probably overlook it because he seems so good in other ways and is devoted to his friends.

He seems like a nice guy – as long as you don’t get too close.

I met W. on OkCupid.  To his credit, he had an original and genuinely funny profile.

At first I thought, “Some guy from Belgium?  He hasn’t a chance.”  Belgium is over 900 miles away from where I was living at the time.  Still, he seemed cool, so I started talking to him.  We chatted on OkCupid and then, after some months, he got me into World of Warcraft and we then chatted over Battle.net.  He played World of Warcraft with me, and we had fun.    He was a much better player than I was, because he had played the game for 8 years, while I was new.  But he looked out for me and helped me.
We spent a lot of time together playing WoW and talking and our friendship developed.  He could be incredibly generous with gifts and his time.   He made me feel secure and cared for.  At times he would talk about the future in ways that implied I would be part of it, like he wanted me to learn Dutch, the language spoken in northern Belgium where he lived.   Gradually I began to develop deeper feelings for him, but I didn’t say anything.
I got deported and he offered to take care of my stuff until I was able to return to the EU, so I sent him a bunch of boxes.  He invited me to stay with him when I returned. He also looked after my World of Warcraft account until I was able to play again.

I have depression and December 2014 was a really hard month.  By that time I was talking to W. on Battle.net just about every day.  At first he showed concern for me.  I felt alone over the holidays and he tried to involve me more in what he was doing, which was inviting some friends over to his house to play games and watch movies.
But his friends turned out to be foul-mouthed, racist, misogynist, homophobic bigots, and the games they played included one that proudly proclaimed itself “the game for horrible people” and indeed they were horrible people, which upset me. W. took their side and tried to explain it away as “politically incorrect humor“. 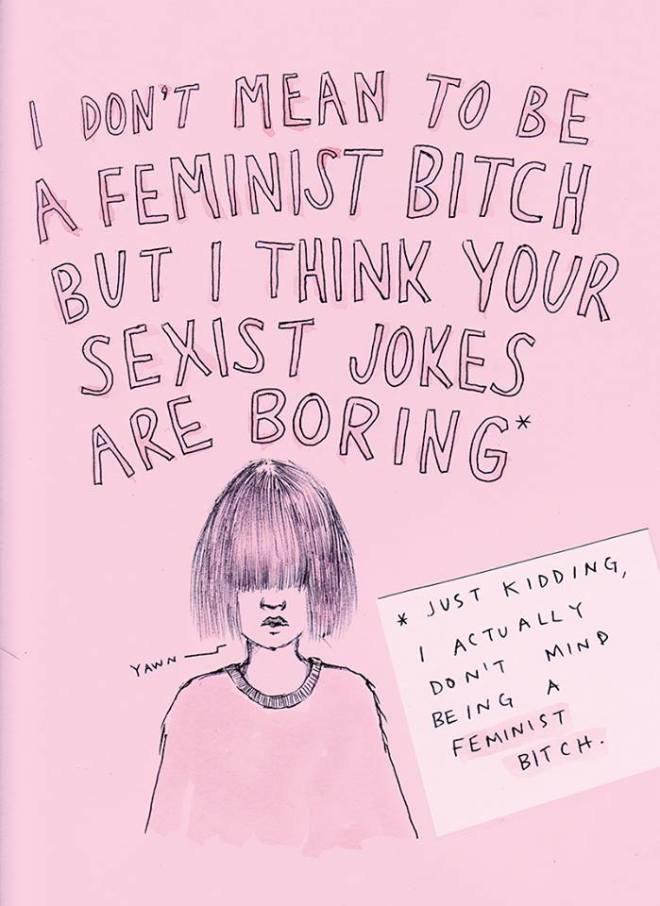 Misogyny doesn’t exist, he said, because being bullied as a child taught him that people are just naturally cruel to each other and it’s not a gendered thing at all. This led to a big fight between him and me and we were not friends for a while.
I was hospitalized for 5 days in January because of depression.  When I got out, I talked to him about it.  He was really nice, and said he was sorry about his friends.  So we started talking again.
But this didn’t last long, because it came out that I had deeper feelings for him.  He rejected me, claiming my feminist politics “would scare away any man” and that he could only love someone who was exactly like himself, who had exactly the same personality and sense of humor as he had.  No one else, including me, was good enough.

To only be able to love someone if they’re exactly like yourself strikes me as deeply narcissistic.

Well, that stung, but I still wanted to be friends.  I was curious about exactly what disqualified me in his eyes, so I probed.  But I ended up regretting that,  as what started out as discussions ended up in fights, with him misrepresenting and insulting my beliefs.  He had a real axe to grind against feminism, despite claiming not to be a male supremacist or an MRA.  That should have been the biggest red flag to me, but I was emotionally attached to him and thought that if I could just explain to him kindly and patiently what my real views were, he’d understand.
Nope.
The final showdown was over whether I was pretty enough.  Objectively, I don’t fit Western beauty standards, and I get treated like shit a lot because of it, and I suspected it to be factor in this rejection, too.  He claimed to believe I wasn’t ugly, which I didn’t believe.  I said that if a woman is hot enough, men will not care what her politics are.   He got very angry and accused me of being sexist against him for saying that.  I replied that women can’t be sexist against men.

He got so angry it was truly scary.  He screamed, “I AM DONE!” and began a tirade against me, against feminism.  He bullied and insulted and mocked.  I can only imagine what would have happened had we been in the same room.  I could imagine him smashing things, punching the walls, pounding me with his fists.  “Please stop it,” I said, but he ignored me and kept raging.  Eventually he bullied me to the point where he drove me offline.  When I came back a few hours later, I saw he had deleted me from Battle.net chat, so that we could not talk any more.

It should have ended there.  But it didn’t.

4 thoughts on “Spot the Misogyny: My ex-friend Wim Soetaerts”