The saga of Maria Miller and her plans to gut funding for the arts in the UK continues.  Today brings us this piece by John Kampfner in the Guardian:  ‘The economics of the government’s approach makes no sense’.

An informal poll of my Twitter followers last night suggests that nobody wants these budget cuts.

When civilizations collapse, who is the first to be sacrificed?  The poor, sick and disabled or the artists?

This comment from commenter Frances Smith resonated with me:

Since the protestant work ethic took hold, just as the uk stopped believing in god, people have got very puritanical. No one is allowed to have fun, unless they have worked very hard to get rich, including being born into the right family, which is harder work than you think.

So this miserablist view of the world, as the new feudalism takes hold, doesn’t believe that people should enjoy themselves through arts, no we should all be miserable, and work all day in poundland, and make sure our blinds are up in the morning so the neighbours won’t think we are scroungers. 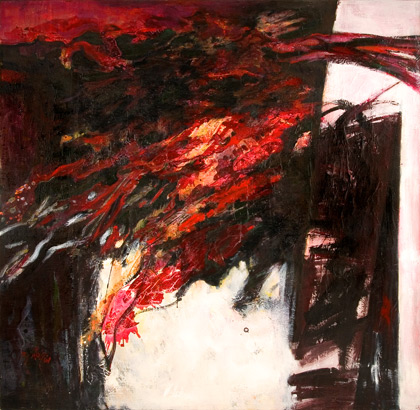 The Guardian printed an article about UK Culture Minister Maria Miller basically calling art a commodity.  Her comments were typical of those who can’t see past their capitalist indoctrination and are not that interesting in themselves, but the comments contained some spirited discussions, particularly this exchange between users Wilbe1, who claimed that governments are right to expect the arts to turn a profit, and domfloyd, who argued that treating the arts as a business would impoverish the culture in less quantifiable ways:

The benefits to society of public investment are not always (in fact, rarely) measurable in terms of money.

If we as a society decide that it is beneficial for all to have thriving culture and arts (and yes, that is certainly a debate worth having), then it seems wise to invest in it – and that means sometimes investing in things that may well turn out to be duds – a thriving art scene always contains duds, just as a thriving scientific research lab will inevitably spend money and time on research which ultimately turns out to be fruitless.

Hat tip to Twitter users @oystersearrings and @NTCRIT for the link.

In llusive Insurgency, Miller offers a narrative about the contemporary “dilemma of unchecked growth.” Miller’s shapes and forms suggest the profound beauty of flora-like forms…

Read the rest of the exhibition material here.

To me they look like strange, rather beautiful tumors.

One prominent Catholic for whom O’Grady reserves particular venom is erstwhile cabinet minister Ann Widdecombe, who recently spoke at the Conservative Party Conference fringe meeting for opponents of equal marriage. “What does she know about love or marriage?” O’Grady glares, with a glint of mischief. “She’s an eternal virgin. She’ll have on her tombstone, ‘Return to sender, unopened’

From this article which didn’t allow comments:

If a man who is known for making a lot of funny and smart comments makes personal attacks about a woman he doesn’t like,  does that make it okay?  What if he’s gay and she’s a homophobic bigot?  Does that make it okay for him to use his male privilege to attack her on the basis of her gender?

Is it okay to imply that women are only relevant if they’re of sexual use to men?

Hell no, it’s not.   It’s not like taking apart ignorant ideas is difficult.  It’s just easier and more satisfying to make it a personal attack.   Easier, more satisfying, but lazy and cowardly too.

O’Grady should confine his criticisms to Widdecombe’s opinions, not her gender or sexual practices real or imagined.

I keep saying this is an art blog, because it is.  That said, here’s another episode of Spot the Misogyny.  In a historic reversal of the usual male/female roles, Clyfford Still will have to wait his turn until this feminist blogger is done talking about women’s issues.  Clyffie isn’t going anywhere, and there’s a lot going on that I don’t want to miss engaging with.

Has a degree in particle physics. (Source)

I left a comment on this “fun, fearless” pop-culture site  aimed at women.

The story linked above begins with an image of heaving cleavage (thankfully not entirely exposed) and the message: “Has a degree in neuroscience”.

It goes on to talk about how a fashion designer started a website that claims to fight the objectification of women.  Viewers are encouraged to send in photos of their body parts with uplifting messages attached thereto.  This, they claim, will “take control of the male gaze” and “empower women”.

END_OF_DOCUMENT_TOKEN_TO_BE_REPLACED

I can’t say it better than Clay Shirky,  so I won’t even try.  Everybody who uses the internet should watch this.

The discussion on TED is good too.

Now let’s all rise up and crush our corporate media oppressors.

I stumbled on this article about the top ten lies bloggers tell and at the top of it is this cartoon which captivated me.

Hugh McLeod has a website called Gaping Void which presumably has more art like this on it, but I’m afraid to go look, for fear I might see too many of his cartoons and fall in love,  and that would be disastrous, because he’s continents away from me and I haven’t built my steampunk dirigible yet.  Dammit.

Oh, and I never tell lies on my blog.

My anti-Yoko beliefs have enraged the world.

I am  cast out of the ranks of respectable humanity.  Not by a flood of hate mails, but by stony silence.  That’s right.  I’m being shunned.

For the record, I don’t hate Yoko.  I just hate SPAM.